To tend with compassion, helping all under the King's Banner regardless of any differences. Be free in your methods, but let our end goal remain the same.

The Stormwind Medical Corps oversees the medical treatment and the general health of the Royal Army of Stormwind. It's an assembly of medical personnel, whose daily duties could range from treating simple wounds to providing other types of medical assistance to all under the King's Banner.

So long as men and women have fought in wars, there have been those who seek to mend the wounds of those who succumb to the perils of battle. The Stormwind Medical Corps traces its origins back to the Arathorian Legion, where apothecaries and healers would travel with the Legionnaires to Stormwind in their conquest of the wild frontier. Make no mistake, these healers were not organized within the Legion itself, but auxiliaries who travelled with the Arathorians in hope of saving lives. King Logan Wrynn's rebellion saw many units of the Arathorian Legion defect to his cause, and with them, their medical personnel. These healers and apothecaries would remain in the newly founded Kingdom of Stormwind, where they would assist the militias gathered by the lords raised by King Logan.

At the close of the Stormwind civil war which deposed Queen Mary and ended her reign of terror, King Samson Wrynn founded the Stormwind Army which would act as a standing military force and answer directly to the King above their feudal lords. In his reforms, King Samson wisely established the Stormwind Medical Corps to support his new army. The Medical Corps recruited doctors, apothecaries, and surgeons from all corners of the kingdom, and before long, became an authority of medicine of its own accord.

The Stormwind Medical Corps served the Royal Army for centuries following its founding, following the crown's forces in their expansion of the territorial boundaries of the kingdom. At the onset of the First War against the Orcish Horde, the medical corps tended to the king's forces even as the kingdom fell around them. It was in the Alliance of Lordaeron that the surviving apothecaries continued to follow their kinsmen, tending to the Stormwindian survivors until the very end of Stormwind's liberation.

At the onset of the Third War against the Scourge and Burning Legion, refugees from Dalaran and Lordaeron would test the medical corps' resolve as many entered Stormwind with grievous wounds or worse - carrying the undead plague. Several policies were enacted by King Varian Wrynn to contain the plague of undeath and prevent its spread in the Kingdom of Stormwind. These measures were considered largely successful but caused widespread economic strain that would lead to the dark times in the aftermath of the war. The Stormwind Medical Corps learned much from the surviving apothecaries and healers from the north and adopted many practices from them that are still in use today.

A soldier who is in the process of completing curriculum for base certification as a member of the Medical Corps is a Medic Trainee.

Combat medics provide trauma first-aid care to the soldiers of the regiment on the battlefield and in troop medical clinics and infirmaries. The provide continuing medical care in the absence of a field surgeon or clerical healer, including care for disease and battle injuries. 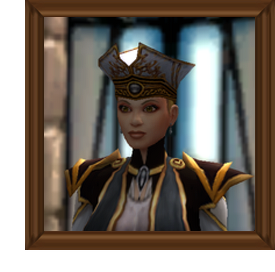 Lieutenant Kristiana Greycliff is the current Chief Medical Officer (CMO) of the First Regiment's divisional Stormwind Medical Corps. Shortly after starting her formal education as a ward of her uncle's estate, she was introduced to and mentored by a well-respected doctor that served as both her family's physician and the town's primary medical provider. It was under his supervision that Kristiana continued to receive foundational training before eventually relocating to Stormwind City in order to join the Church of the Holy Light. After joining the First Regiment, Kristiana began serving as a dedicated combat healer and eventually commissioned into the Officers Corps.

As Chief Medical Officer of the First Regiment, Kristiana is responsible for the health care of the soldiers in the regiment and for the training and supervision of combat medics within the unit. She oversees the daily operations of Westbrook Army Hospital, the infirmary ward of Westbrook Garrison, and any regiment-established field hospitals. In addition to training and evaluating combat medics and field surgeons, Kristiana oversees the emergency medical management of casualties and helps to ensure that the soldiers are combat ready when it comes to their overall health.