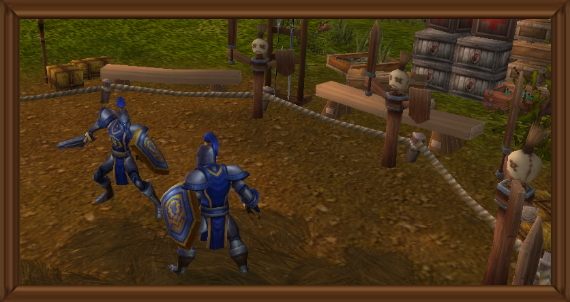 The Royal Infantry Combatives Manual is a recent text finding a home in the Royal Army. Apart from its parent, and standard-issue Field Manual, the Combatives Manual emphasizes specific and small-group performance in the field of battle, as well as providing newly surmised information on what were identified as the most frequent enemies the Royal Army will encounter. The manual marries both tried and true techniques of hundreds of years with recent developments in both the world and warfare.

No matter the military occupation one chooses, the expectation of being a skilled combatant applies to all. From footman to chaplain, dragoon to cook, every soldier must be willing and able to defeat the Crown’s enemies, no matter the situation and no matter the armament. This manual will endeavour to provide you with a standardized resource with which they can study the art of combat such that, when combined with training, your mind and body can become a weapon of tempered steel unto itself.

This volume is to dedicated to introducing the new soldier to the basics of combat, and should be used as a written resource to supplement in person training from your superiors. In case of contradiction, refer to your superior. Such a contradiction likely stems from your superior possessing information more up-to-date than what this manual can keep up to date with.

Retrieved from "https://the-first-regiment.fandom.com/wiki/Royal_Infantry_Combatives_Manual?oldid=4029"
Community content is available under CC-BY-SA unless otherwise noted.