The First Regiment is made up of several sub-organizations that encompass the major role-playing themes found within the Kingdom of Stormwind. Whether your character is a rogue, knight, priest or wizard, we hope to provide a unique niche where you can have fun and fulfilling role-play in which your character's skills are utilized to their fullest. Please keep in mind the First Regiment is a combat-oriented military role-play guild and we do not offer civilian or non-combat roles. All roles are expected to be fully capable of fighting.

The First Regiment's wide range of roles, divisions, and ranks can be confusing and intimidating to new recruits. If you have any questions regarding the guild's divisions or roles, our officers would be happy to help you.

If a character seeks to enlist in the Royal Army, they are typically given one of the following Combat Roles at the rank of Recruit, based on their combat preference:

If your character is a Death Knight, they will be required to enlist in the Order of Saint Zeliek.

The Divisions of the First Regiment are outlined below.

Each division has several Paths of Progression which offer means to advance to more prestigious Combat Roles which grant improved equipment and status. These paths of progression are often tied to orders of knighthood or organizations of renown within the Kingdom of Stormwind. As mentioned above, some of these orders may require certain tasks or examinations before a character is invited into their ranks.

More information on each of these divisions, paths of progression, and their associated roles can be found in each of the links below. If you have any questions or suggestions regarding this, contact the guild master with a Website Message or in-game! 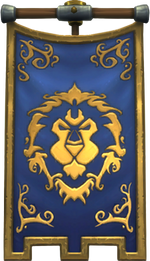 Sworn to the House of Wrynn, the stoic Royal Infantry serve as the first line of defense for the Kingdom of Stormwind. After suffering complete decimation during the First War, the Royal Army of Stormwind has rebounded and now stands as Azeroth's premier fighting force. Footmen, archers, handgunners, and armsmen make up the bulk of the regiment's melee and missile troops. Held to strict standards of discipline and issued high-quality equipment, the Stormwind Royal Infantry will win the day with faith, steel, and gunpowder.

The Stormwind Constabulary is a branch of Stormwind’s military and men-at-arms purposed for enforcing the law within the kingdom’s borders. Stormwind has a dark underbelly of crime, smuggling, and rebel elements, all of which must be brought to justice in accordance with the laws of the realm. Their vigilance and dedication to justice are often all that stands between the subjects of the crown and chaotic anarchy that would fill the streets with the blood of the innocent.

The Royal College of Engineers is the institution within the Kingdom of Stormwind which has unquestionably been the driving force behind advancements in technology and warfare in the past decades. Responsible for the proliferation of black powder weaponry and the introduction of mechanized warfare, the college manufactures, distributes, and provides training for a wide range of technological wonders. The Bridgeport Gunnery School in Westridge is a local arm of the college.

The Westridge Ducal Guard is the division of elite soldiers of the First Regiment who have earned their place among its vanguard. First to fight and last to leave, its veteran infantrymen are outfitted with the best arms and armor that the Duchy of Westridge has to offer. Its members are the honor guard of the Regiment, and hold great prestige both within its ranks and without. They are, without a doubt, the best the infantry has to offer.

The Stormwind Medical Corps handles the medical treatment and health of the Royal Army of the Kingdom of Stormwind. Each unit of the crown's forces has several if not dozens of trained medical personnel to treat wounds and perform preventative care for the many who serve under the King's banner. Those who wish to serve as agents of the Medical Corps must undergo a certification process where they study anatomy, alchemy, and various healing techniques. 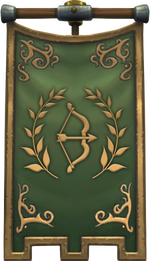 The scouts and foresters of the Stormwind Reconnaissance Corps work tirelessly to provide their superiors with a broader view of tactical information, whether by mapping routes through difficult terrain, scouting out enemy positions, or performing covert operations against enemy targets. In the decades that have passed since their kingdom was decimated during the orcish wars, the Stormwind Army has determined that its failure to detect the full extent of their enemy cost them the war. The Stormwind Reconnaissance Corps ensures that mistakes will never be made again.

The Ranger Order of Mirwood is known throughout the realm for skills in archery, reconnaissance, and tracking. Serving as the eyes and ears of their Duke and his officers, the rangers have a frightening ability to uncover what would be hidden or secret. Rangers are rumored to simply disappear and reappear at will as masters of stealth. Whatever the truth may be, one thing is certain – the rangers of Mirwood are always watching.

Cabal of the Burning Sword[]

The Cabal of the Burning Sword is a secretive order of mages amongst the Sarceline mage circle that has devoted themselves fully to mastering the art of arcane warfare utilizing draconic secrets gained from their past of dragon slaying. Donning arms and armor forged with ancient reagents and imbued with draconic enchantments and runework, cabalists are terrors of the battlefield. 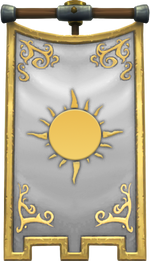 The Stormwind Clerical Corps organizes and deploys militarized clerics of the Church of the Holy Light serving in the Stormwind armed forces. As wars continued to deplete the kingdom's military strength, logistical concerns prompted the creation of a new support branch that bridged the needs of the military with the resources of the Church. The Stormwind Clerical Corps, in addition to serving as representatives of the greater Church of the Holy Light and its related orders, assists the Stormwind Army by providing dedicated healers and champions to the kingdom's war and defense efforts. In the First Regiment, the Clerical Corps is part of the cumulative authority held by the Diocese of Westridge's episcopate.

So named for Saint Issac Degaullier, the Holy Order of Saint Isaac is a religious knightly order of paladins that strive to exemplify the values of the church while bringing swift retribution to the wicked and relief to the infirm. Aspirants of the order must take on several trials that test their resolve and adherence to the order’s values before they are recognized as Paladin Knights. Despite claiming homage to the Order of the Silver Hand, the Order of Saint Isaac is sworn to serve the Diocese of Westridge.

Named after Saint Riode Janeiro, the Order of Saint Riode is a militaristic monastic order of monks that seek to spread the teachings of their faith and to combat wickedness wherever it would grow. Much like their battle-cleric brothers and sisters, they have a storied history as both feared combatants and stalwart healers. Those who seek to join the Order may do so as a novice and will be expected to liv within the Prior of Westridge where they will be trained upon the teachings of the Order and begin their trials along the Path of Saint Riode.

The Order of Saint Zeliek is a small chapter of penitent Death Knights that serve within Stormwind’s Royal Army, under the guidance of the Diocese of Westridge. The Knights of Saint Zeliek are a mixture of third and fourth generation Death Knights that have forsaken the unholy magics bestowed upon them in undeath. Instead, the Order intends to uphold the Three Virtues of the Light: Respect, Tenacity, and Compassion. In addition, the Order places particular emphasis on restraint and penitence of their members.

Brotherhood of the Horse[] 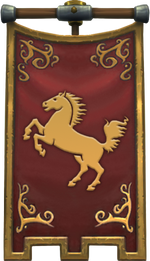 The Brotherhood of the Horse is the official knighted order of the Kingdom of Stormwind. Its knights are staunchly loyal to the royal family and are some of the finest cavalrymen in Azeroth – seasoned warriors who ride armored destriers specifically bred for combat in the County of Eastvale. The Westridge Cavaliers are the regional chapter of the brotherhood that is equipped by the House of Montclair. These armored knights are, in essence, the best and brightest soldiers that are often dedicated to the Westridgean detachment of the Stormwind Royal Army; the First Regiment of the Elwynn Brigade.